What you need to know about the COVID-19 vaccine 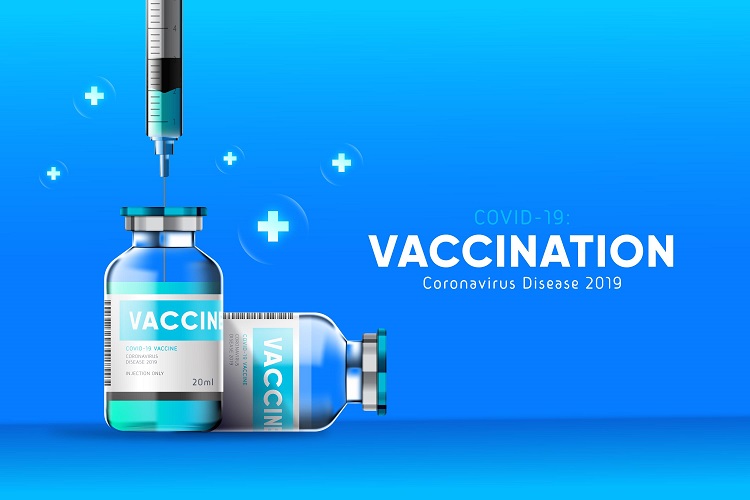 According to recent figures, 95% of UK adults report that either they have had a COVID-19 vaccine or they’d be likely to have one if it were offered. Yet myths surrounding vaccines continue to circulate, and some people remain unconvinced vaccination is the right thing to do. Professor Andrew Ustianowski, infectious diseases consultant and leading COVID-19 researcher, allays some of the most common fears.

At the time of writing, over 60% of the UK population was fully vaccinated against COVID-19, and nearly 85% had received their first dose. We know the success of the government’s vaccination programme is having a significant impact on infection rates, and – more importantly – preventing people from becoming seriously ill or dying with coronavirus.

However, vaccine hesitancy remains an issue. One of the most common reasons people give for being unsure or for not wanting to be vaccinated is concern about vaccine safety – and this is often linked with the speed at which the COVID-19 vaccines were developed. A recent survey exploring the attitudes of vaccine-hesitant people found that many believe the COVID-19 vaccines cannot be as safe as other vaccines that have taken years to research and develop.

Professor Andrew Ustianowski, national clinical lead for the COVID Vaccine Research Programme at the National Institute for Health Research (NIHR) understands people’s concern. “However, we can put people’s minds at rest,” he says.

How scientific studies are conducted

Under normal circumstances when a new drug – including a vaccine – is being researched, scientists must get many layers of permissions and approvals from regulators, which is one of the major causes of delays.

When the COVID-19 pandemic hit, however, there was an urgent need to come up with a vaccine quickly to stop the virus from infecting and killing even more people. To meet that need, the regulatory organisations across the world adapted their review procedures to speed up the process.

In the UK, that body is the Medicines and Healthcare products Regulatory Agency (MHRA), which gives overall approval to all drugs that are licensed for UK use.

Usually, it would review all the research and consider the evidence pertaining to a new drug all together as a whole. As Professor Ustianowski explains, it takes months – sometimes years – to pore over such a mammoth amount of data.

“In this instance, the MHRA has been reviewing all that data on a rolling basis as it emerges, so they have been faster in being able to respond, while still being as rigorous and as scientifically valid as normal,” he says. “That has meant we’ve ended up with a vaccine much more quickly, without having to cut any corners or compromising any of the safety and effectiveness assessments.”

Vaccine development has also been accelerated by conducting the different phases of research in parallel, rather than in sequence. Typically, the manufacturers of a drug would assess the results of each phase of a trial before going on to the next phase, to determine whether it’s financially viable for them to continue.

However, in the case of COVID-19 vaccines, the manufacturers have moved forward in funding more of the vaccines to roll out the large-scale trials among tens of thousands of participants before knowing whether it was cost-effective.

“The same numbers of individuals have been recruited for each phase of the research, and they’ve been analysed, assessed and followed up in the same robust way,” say Professor Ustianowski, “but the companies have made the product at their own risk, essentially, so that we have the vaccines available and can test them much quicker.”

Everyone who volunteers in any clinical trials is monitored closely throughout, and the main thing researchers are looking for is side effects and adverse events. All medicines and vaccines have side effects, but they must be balanced against the overall benefits to determine whether they are safe to approve.

In addition, the MHRA runs the Yellow Card scheme, the UK’s system for collecting and monitoring information about side effects and adverse events for medicines after they’ve been approved, including the COVID-19 vaccines. It relies on people to voluntarily report suspected side effects, which the MHRA continuously assesses to make sure the vaccines remain safe.

The most commonly reported side effects for the three UK-approved vaccines – Pfizer/BioNTech, Oxford/AstraZeneca, and Moderna – are:

These were normally mild or moderate and resolved within a few days and affected more than one person in 10.

The types of side effects reported are typical of the immune response people tend to have to vaccines. In other words, they are completely normal.

Very occasionally, someone will experience a much rarer side effect or a more serious reaction after being vaccinated. These are still recorded and investigated, but in each case, it has been determined that so few people have experienced them, or the chances of a very severe reaction are so small, that on balance, compared with the risks of COVID-19 itself, it’s still better overall to give the vaccines than not to.

Take the widely publicised cases of blood clots associated with the AstraZeneca (AZ) vaccine for example. They involved a particularly rare type of clot called cerebral venous sinus thrombosis (CVT), and overall, about 5 in a million people who received a dose of the vaccine developed CVT. Separate from the vaccine, one person in 1,000 gets a blood clot in the leg and one person in 1,200-1,300 gets a clot in the lung each year.

When you consider that the risk of CVT happening in people with COVID-19 is 8-to 10-fold higher than in vaccinated people, it’s clear that the science supports the safety of the vaccine.

Equally, some people will have experienced symptoms after the vaccine completely coincidentally. “If you have many hundreds of thousands, if not millions, of people having vaccines, some of them will just by random chance develop an illness around the time they have the vaccine,” Professor Ustianowski says. “Just because people have developed an illness, it doesn’t necessary mean it’s related; it could have just been an unlucky occurrence.”

Notwithstanding, scientists around the world have systems in place to conduct real-world evaluations among populations as the vaccines continue to be deployed, looking for side effects and adverse reactions on an ongoing basis, to rubber-stamp the vaccines’ safety.

Assessing if vaccines are effective

Second to safety, the vaccine must also be deemed effective enough to be deployed en masse. All the data from around the world show that vaccination against COVID-19 is effective in protecting populations against infection, developing symptoms, being hospitalised or dying with coronavirus.

Most research published so far looks at the effect of immunisation on older adults, who are, on the whole, more vulnerable to the virus and so were the first vaccination priority group. Because more time has passed since this cohort was vaccinated, we have slightly longer-term data on how effective the vaccines have been.

One US study explored the impact of vaccination on infection rates among nursing home residents. It included 13,048 residents who received two doses of one of the approved vaccines and 3,990 who were unvaccinated.

Findings from these and other studies show that having the vaccination not only helps protect you from COVID-19 and becoming unwell, it also reduces transmission rates and as such helps to protect other people – including those who are vulnerable.

According to Public Health England, which collates evidence from around the UK to monitor vaccine efficacy, vaccination has prevented an estimated 7.2 million cases of COVID-19 and 27,000 deaths as of 28th June.

These figures relate to the direct impact of vaccination, but growing evidence tells us that vaccination also reduces transmission of the virus. As such, the overall impact of the vaccination programme is certain to be much larger.

Some people have caught coronavirus and been unwell enough to be admitted to hospital even after being vaccinated. But researchers say it’s likely that most of those were infected shortly before or around the time of their vaccination.

Since first being identified in India, the B.1.617.2 strain of COVID-19 – known as the Delta variant – is now the most dominant strain in the UK, with more than 75,000 reported cases. According to Professor Ustianowski, it’s entirely normal for viruses to evolve in this way.

“We expect infections to change and variants to arise. A small subgroup of these are labelled variants of concern, because we think either it’s more transmissible from person to person, or potentially, that a vaccine will not protect as well against it,” he says.

“The Delta variant does seem to be more infectious, but the vaccines we have currently available seem to still protect well. A single-dose may not be quite as good against the Delta variant as against the original variant, but there is still good protection.”

Public Health England data show, however, that two doses of both Pfizer and AZ vaccines offer similar high levels of protection against the Delta variant as they do against the original strain of coronavirus – 96% and 92% respectively.

Although rollout of the COVID-19 vaccine is expanding, millions are yet to receive their first vaccine dose – most of whom are in their teens or 20s and otherwise healthy. So, it’s important that these young people receive their vaccines to boost overall protection against all variants of COVID-19.

“If you are young and healthy, you are less likely to develop the complications related to coronavirus, but that doesn’t mean it’s impossible,” Professor Ustianowski comments. “The other factor is that it’s not just protecting you, it’s protecting your loved-ones – your family, your friends and your community.

“The more people who are immune, the more difficult it is for the virus to transmit from one person to another.”