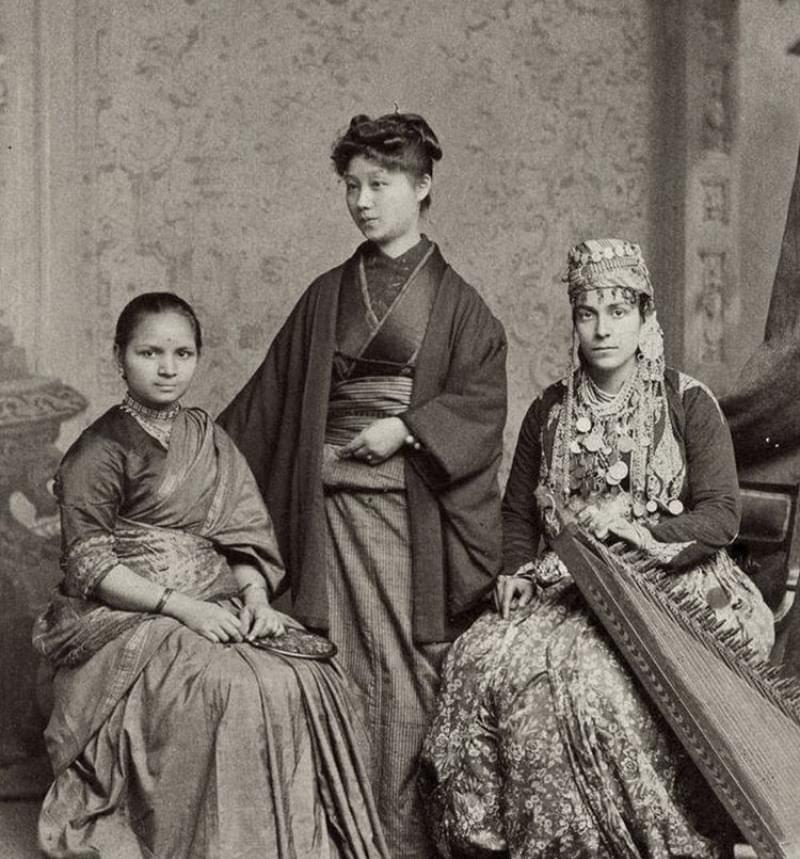 Dr Islambouli (right) is believed to have gone back to Damascus, Syria, after she graduated, and then to Cairo, Egypt in 1919 according to the college’s alumnae list.

Dr Okami (centre) headed a gynaecology unit in a Tokyo Hospital but resigned when the Emperor did not respect her a woman doctor. In 1897, she opened a small hospital for sick women in partnership with a friend, Mrs True. She also established a school of nursing in the same premises.
Dr Joshi’s (left) story is the most well-known of all, as it became a novel and an award-winning play. She was married at the age of 9 to a much older husband who unusually for that time, supported her education. After experiencing the loss of her baby at the age of 14 due to the unavailability of medical care in India, she made the firm decision to pursue a career in medicine.

Although sadly Joshi died at the age of 21 of tuberculosis she is revered as an inspiration for the emergence of women healthcare professionals in India and referred to as the first female doctor of India.’